In Liberia, getting learning on track with the new Education Sector Analysis

The Government of Liberia, with support from IIEP-UNESCO Dakar, has just completed an analysis of its education sector. Carried out during the COVID-19 global pandemic, the analysis was an opportunity to highlight the strengths and weaknesses of the education system.

With over 5 million people in 2020 and forecasts predicting growth to 6.4 million by 2030, the Liberian population is mostly young (forty per cent in 2020 was under 15), contributing to growing pressure on the education system.  The sector is predicted to accommodate an additional 483,000 children and youth by 2030.

Like in many low- and middle-income countries, the Liberian education system faces several quality-related education challenges, including an undersupply of teaching and learning materials, and a high proportion of unqualified teachers, which is reflected in low learning outcomes.

Pupil/textbook ratios in primary school are high. In public schools, a minimum of six learners share a single language textbook. This shortage is also seen at secondary level where seven students in junior secondary share a language textbook and it gets even worse in mathematics where eight students share a textbook.

This analysis spotlights achievements and challenges, laying the foundation for developing the country’s new sector plan to achieve main education goals on the path to Education 2030.

Public expenditure on education remains low in Liberia, calling to question the feasibility of achieving the country’s education objectives, in the context of Education 2030 Agenda. In 2020/ 2021, education represented 13.8 per cent of overall Government spending or 2.6 per cent of gross domestic product (GDP), falling short of the recommended level of 20 per cent of the national expenditure (or 4-6 per cent of GDP) for countries pursuing SDG4.

When considering spending by subsector, higher education is seen to receive the greatest proportion. Spending at this level is almost five times higher than the expenditure in basic and secondary education. Comparatively, Liberia spends the third lowest per learner among ECOWAS countries, standing at around 8.3 per cent of per capita GDP at primary and 20.7 per cent at secondary level.

The education system must have quality teachers that are providing quality teaching for the children in school. It means we have to be able to have the salaries for those teachers. We need teaching and learning materials. We need the kind of education facilities that is attractive to students to facilitate learning. It is only funding that provides this.

Liberia has one of the region's highest Early Childhood Education (ECE) rates. This high coverage is however driven by the high proportion of overaged children, which has knock-on effects for the rest of the education system. "For each cycle, 80-85% of the students currently enrolled in the school are older than their age group," says Dominic Kweme.

The 2019/20 Demographic and Health Survey data shows equal levels of access for male and female learners in the first grade of primary; however, the gap grows between the sexes with ascending grades. The greatest difference in access is again seen between wealth quintiles, with children from the poorest families 21 percent less likely to access Grade 1 than those from the richest backgrounds. This leads to an average school life expectancy of 10.4 years among the richest – more than double the 4.8 observed for the poorest.

The ESA revealed that the workforce in the education sector – teaching and non-teaching staff – is male-dominated, and inherently, the wage bill benefits more males. In school leadership positions, females are underrepresented, for example, even though they represent 13 percent of the teaching force at junior secondary level, females account for only 4 per cent of principals. The dominance is also seen in the pay gap between males and females, where females receive 6 percent and 11 percent lower salaries in the case of teaching and non-teaching staff, respectively than their male counterparts. Attracting and retaining motivated female staff would require addressing the pay gap. 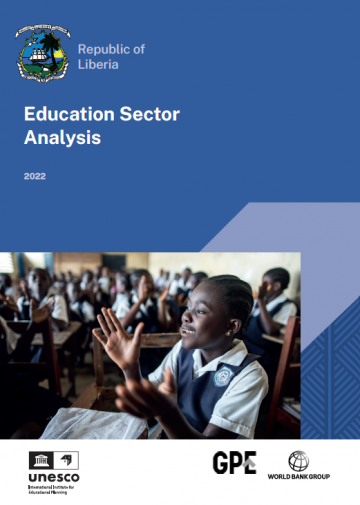